They brought the donkey and the colt and put on them their cloaks, and He sat on them.  Most of the crowd spread their cloaks on the road, and others cut branches from the trees and spread them on the road.  And the crowds that went before Him and that followed Him were shouting

"Hosanna to the Son of David!
Blessed is He who comes in the name of the Lord!
Hosanna in the highest!" 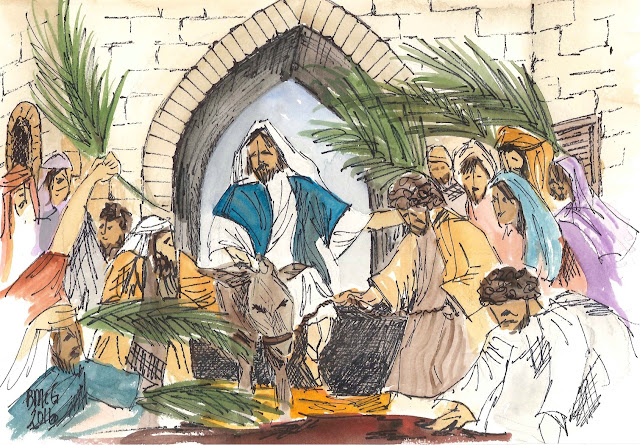 "Triumphant Entry" can't even begin to explain the energy and excitement in the crowd that day... the Savior they had waited for...for hundred, if not thousands of years had finally come!
Just imagine how you would feel if you happened upon that scene an hour after Jesus had gone through... you missed it!   That pit in your stomach... you'd feel like you had just missed a once in a lifetime opportunity... 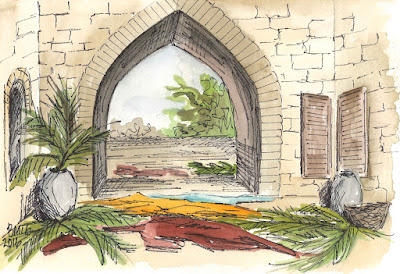 But that's not the way it is.  That is why we call it "The Good News"...you haven't missed it!  Over two thousand years later, you can still choose to follow Jesus an experience "the peace of God, which surpasses all understanding."  Philippines 4-7a
Posted by B J McGregor - Art and Illustration at 5:00 PM