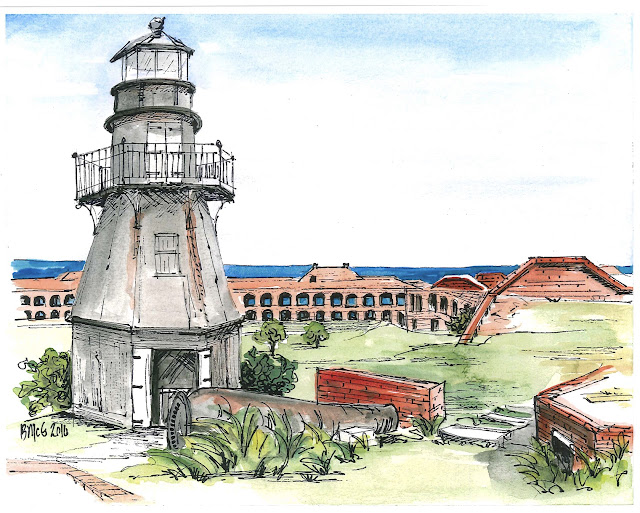 Dry Tortuga is one of the most unique and interesting National Parks.  Only accessible by boat (or seaplane!) it is located on the last of the Florida Keys, 68 miles west of Key West. My husband and I visited here in March 2011, and had the opportunity to explore one of the islands, Garden Key

As a National Park, it was established in 1962, but it's rich history began in 1513 when Ponce de Leon landed here and gave it the name "Tortugas" spanish for turtles.  A little later, the additional "Dry" was added to warn sailors running low on fresh water that they would not find any there.  The United States acquired the island from Spain in 1822, establishing a lighthouse on the island of Garden Key and later, in 1846 began construction on the US Army Fort Jefferson as a base to control the ships entering the Gulf of Mexico.

The fort was huge, enough to house 1500 soldiers.  With 16 million bricks and 8 foot thick walls it was a fortress.  One of it's most famous claims to fame is that during the Civil war it became a military prison, with it's most  famous resident being Dr. Samuel Mudd, the doctor who helped John Wilkes Booth after he assassinated President Lincoln.  While serving his time, he saved many lives at Fort Jefferson during an epidemic of yellow fever and was pardoned in 1869.  Eventually the lack of available water presented problems and though construction continued thru the Civil war, the fort was abandoned in 1874.

The park encompasses over 100 square miles, 99 percent of which is underwater.   I look forward to returning someday to explore the rest with my snorkel and fins!! 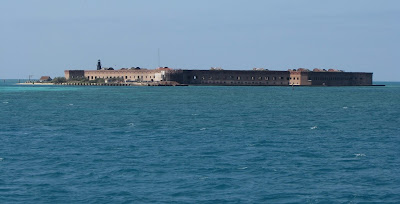 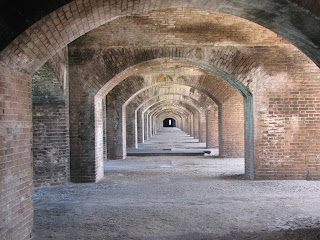 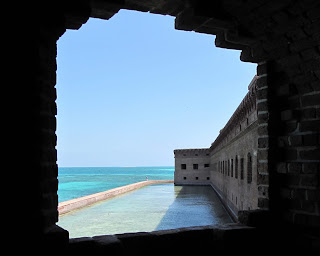 Learn more about Dry Tortuga National Park at:
https://www.drytortugas.com
https://www.nps.gov/drto/index.htm
Posted by B J McGregor - Art and Illustration at 7:51 AM